When we die, we lose much of our say in how we want our lives, achievements, and identities framed in obituaries—that power is given to editors and journalists, who often follow industry norms.

Even though most U.S. publications have stopped using courtesy titles, exceptions are sometimes made for obituaries, where Mr., Ms., and so on are used to show respect. For example, Philly.com, the website for The Philadelphia Inquirer and Philadelphia Daily News, generally does not use honorifics; however, in a 2018 obit for legendary Philadelphia Eagles player Tommy McDonald, an honorific was used—for him and no one else. Honorifics also hold a precious place in certain cultural contexts, such as racial or regional. Using titles in the South, for example, can be a matter of respect and even racial equality. Read more

If you’re attending AWP 2019 this week, come by and say hi! Learn about CSG’s creative-writing resources, the free Editors of Color Database, and The Artful Editor‘s book-editing services. 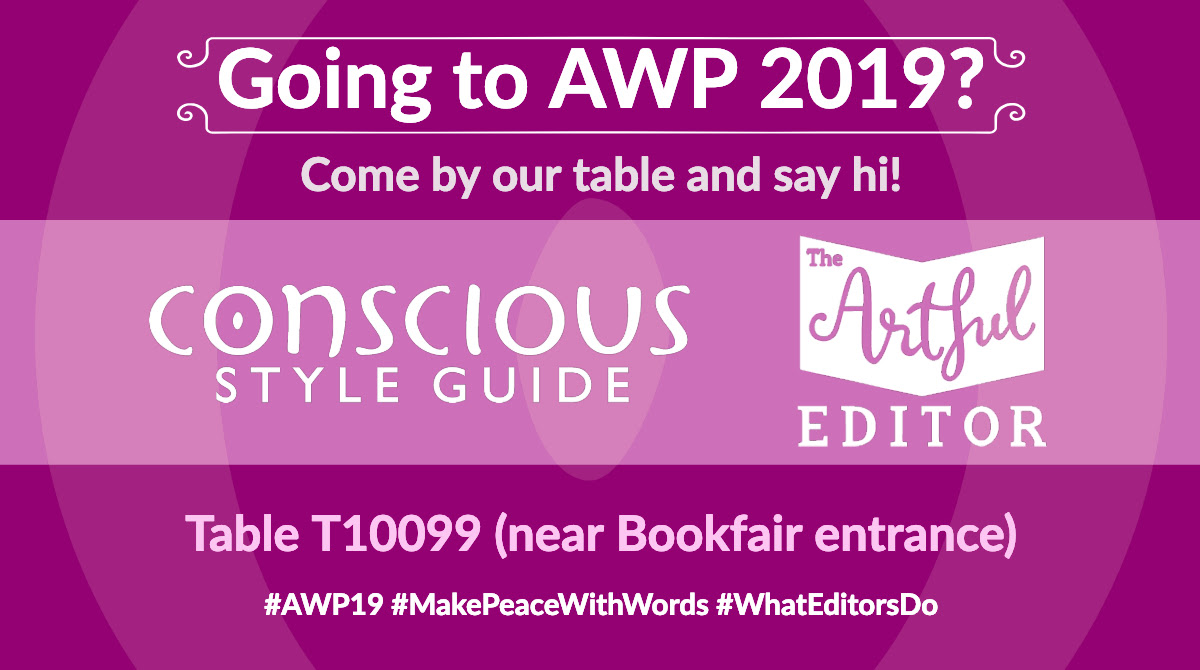 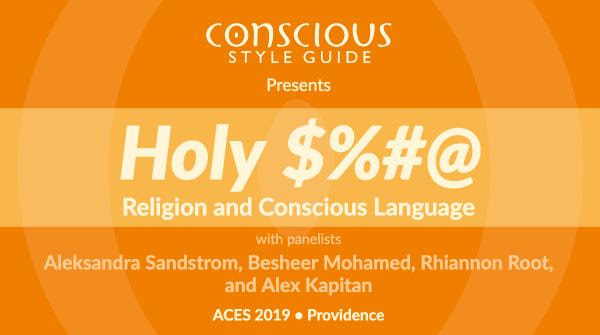 Changing the Conversation, One Word at a Time: How Professional Organizations Are Pushing for Changes in the AP Stylebook—and Beyond | Center for Journalism Ethics

“If caring about other people means I have to find a better and more creative word than ‘addictive’ to describe how good a bag of chips is, I’m fine with the small inconvenience of that.”

My Column’s Name Does a Disservice to the Immigrants Whose Food I Celebrate. So I’m Dropping It.| The Washington Post

“By writing about immigrant cuisines under a cheap-eats rubric, I have perpetuated the narrative that they should always be thought of as budget-priced.”

“Even if accidental, ‘plantation’ dishes and products add to a legacy of fictionalized history that seeks to erase hundreds of years of human trafficking, torture, rape, and forced labor without erasing any of the pain or generational inequities that resulted.”

“Newsrooms have a responsibility to bridge the gaps on all fronts by including people of color in the workplace, but also educating the current staff members on diversity and inclusion so that communities of color are fairly and accurately represented in the media.”

“A continuing unwillingness to recognize Asian people as full human beings” is also “in even the most progressive corners of this country, an acceptable variety of racism, one that dresses up its violence in praise.”

“If you’re a person who understands ‘racism’ primarily as unjust arrangements of power and their consequences, then never reading ‘racism’ when reporting on a country that’s built and defined by white supremacy can feel like an abdication of journalistic responsibility.”

“Understand that every story has a history that goes further back than the last 48 hours.”

Follow @consciousstyleguide for examples of how context can support sensitive content, with a focus on YA books and kidlit.

How Inuit Parents Teach Kids to Control Their Anger | NPR

How playful storytelling and interactive dramas can be more powerful parenting tools than scoldings and time-outs.

English professor Anne Curzan “shares how to use jargon more deliberately, explains the origin of some annoying or amusing buzzwords, and discusses how English became the global business language and how that could change.”

“The simple things a doctor says and does to connect with patients can make a difference for health outcomes. Even a brief reassurance to a patient from a doctor might relieve the patient’s symptoms faster.”

Toward Changing the Language of Creative Writing Classrooms | Literary Hub

“I’m not convinced that my way of teaching is ideal. But I am convinced that we can teach creative writing without the language of failure or success, criticism or praise, and that doing so will help us avoid reproducing systemic oppressions, damaging students psychologically, and stunting creative work.”

“Ultimately tales of magic teach us about power, and all of our children deserve to see themselves saving the world.”

There’s a Weird, Sexist Problem in Fantasy That We Need to Talk About | Book Riot

“There is a tendency to classify women as young adult or middle grade authors, despite the actual content of their books.”

“‘Queer’ has expanded beyond meaning only ‘homosexual.’ In fact, ‘queer’ does not have a single meaning, except perhaps ‘not heterosexual.’”

Lindsay Schrupp, editor in chief of Vice’s Broadly, and her Broadly colleagues “created a stock photo library with images of transgender and non-binary people, to increase the visibility of those communities.”

Why We Should Examine Our Culinary Vocabulary | Conscious Style Guide

“It wouldn’t be terribly difficult to build and sustain a food world that is more conscious about inclusive language. It would have to start, though, with our intention to consider our word choices.”

“I am honored to join the Conscious Style Guide advisory council. I have long championed awareness of how word choice has an effect on other people. Editors and writers play such an important role in shaping public discourse, and the CSG gives them the necessary tools to foster civility, empathy, and compassion in their work.” ―Steve Kleinedler, editor, author, lexicographer, and new member of the CSG advisory council

Find tips on covering Islam in America, identifying coded language in sports, and talking to teenage boys about sexual assault.

Get news, articles, updates, and offers from Conscious Style Guide in your in-box. Our newsletter rounds up the best writing from the world of conscious language and is the only publication of its kind.