The Atlantic Tried to Artistically Show Gender Dysphoria on Its Cover. Instead It Damaged the Trust of Transgender Readers. | Poynter

“Raquel Willis, a former executive editor of Out Magazine, said that when featuring a marginalized group such as trans people on the cover of a major magazine, it is important that the final design…is conscious of how it could open up a marginalized group to harassment or discrimination.”

“‘Delusion’ could be interpreted as too sympathetic to Q believers, or as taking away their agency [but it] does illustrate the reality better than ‘conspiracy theory’ does.”

“Nobody’s in the cartel, nobody’s doing a drug run, nobody’s crossing the border. It’s all just slice of life stuff, that’s [what] we want to be in those stories [on TV].” —Lindsey Villarreal, ULP member, on the #UntitledLatinxProject’s Latinx TV List

“While there are now more books tackling discrimination and embracing inclusivity, there is a long way to go when it comes to class.”

“Though [Angela] Martinez went by ‘she,’ she was neither man, nor woman. She was ‘muxe,’ [an identity which] has existed as a respected third gender in Zapotec cultures in Oaxaca for centuries.”

A Medical Student Couldn’t Find How Symptoms Look on Darker Skin. He Decided to Publish a Book About It. | The Washington Post

“With [medical student Malone Mukwende] at the helm, he and the lecturers came up with the idea to write a book called ‘Mind the Gap: A Handbook of Clinical Signs in Black and Brown Skin.’”

When Did Recipe Writing Get So…Whitewashed? | Bon Appétit

“Last year when my book was coming out, I had to take a stand against italicizing non-English words. It’s a way that Western publications literally ‘other’ non-white foods: they make them look different.” —Priya Krishna, cookbook author 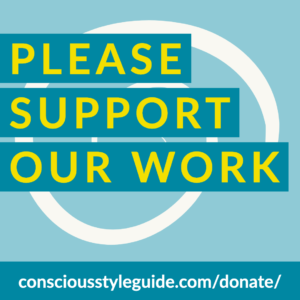 Dictionary.com Capitalizes “Black” and “Pride” in “Biggest Update Ever” | Advocate

“Pride is now capitalized and its own separate entry—one that refers to the celebration of LGBTQ+ identity and events that raise the visibility of the community.”

“A lot of our storytelling is from the point of view of the victims…we have not spent as much time thinking about those accused of crimes.” —Warren Leight, SVU showrunner

Dropping the N-Word in College Classrooms | Inside Higher Ed

“Guidelines can be written to promote choice, enable better communication and become a helpful discussion tool for instructors and students in tense situations.”

We Need to Talk About Ventilation | The Atlantic

“Saskia Popescu, an infectious-disease epidemiologist, emphasized to me that we should not call these ‘super-spreaders,’ referring only to the people, but ‘super-spreader events,’ because they seem to occur in very particular settings.”

The term “may have once simply meant ‘woman,’ but over generations, the word morphed into a misogynist and racist term to disparage indigenous women.”

The Trans Journalists Association (TJA) Style Guide—a new free resource for writers, editors, and others in media—is “designed to provide guidance for more accurate and equitable coverage of trans communities.”

“There are many practical ways to highlight BIPOC authors and works, especially #OwnVoices, without resorting to stickers on spines.”

“Appropriate terminology could include communities of color, marginalized communities, underprivileged, or even emerging majority when referencing statistics and data.” —National Association of Hispanic Journalists

If You Compliment People at Work, Use This Rule | Lifehacker

“You don’t strictly have to use the word ‘snazzy,’ but there’s a reason that it’s a good choice: It’s cheerful, positive and inherently inoffensive.” You can also use the “enthusiastic neutral” technique, which is making “a factual statement while indicating that you’re excited about it.”


Words Matter: How to Adopt More Inclusive Language Into Your Communications | Ink

“Committing to inclusive language is a prominent reflection of your company’s culture as it relates to diversity, equity, and inclusion.”

“Promoting inclusivity means inviting those most affected to be a member from the beginning.”

How to Speak Up Against Casual Hate | Conscious Style Guide

New to the Health section of Conscious Style Guide: the BC Centre for Disease Control’s BCCDC COVID-19 Language Guide. The overall purpose is to “ensure all individuals are included and represented in a more equitable manner where individuals are more open and receptive to COVID-19 messaging.”


The Editors of Color Database, a project of Conscious Style Guide, is a free service that connects employers and recruiters with editors, proofreaders, and sensitivity readers of color in the U.S. and Canada. Also home to the Database of Diverse Databases, now with 70 resources featuring underrepresented communities! 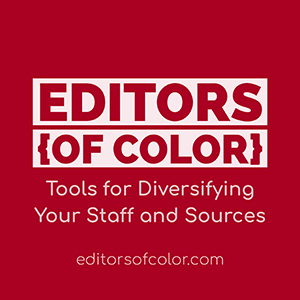 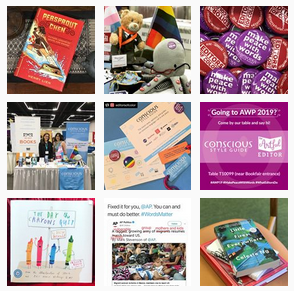